The MEMS process is based on a general semiconductor process flow that includes film deposition, photolithography, and etching.

Below are some of the key technologies used in the MEMS process.

SOI, short for Silicon On Insulator, is a silicon wafer in which a single silicon crystal layer is formed on an oxide film.This technology is widely adopted in power devices and MEMS. In MEMS the oxide layer can be used as a stopper layer for silicon etching, making it possible to form complex 3-dimensional structures.

TAIKO Grinding (TAIKO is a a trademark of Disco Corp.)

TAIKO grinding is a wafer grinding process developed by Disco Corp. that grinds only the inner portion, leaving the outer edge of the wafer intact.

Wafer bonding can broadly be divided into 2 types, direct and intermediate layer bonding. 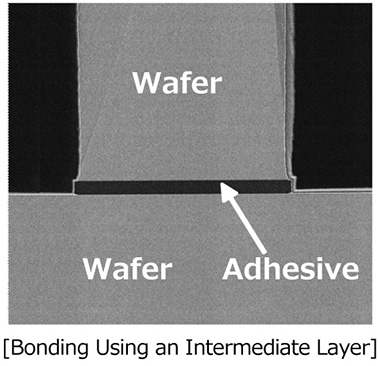 The technique for etching using particles, such as ions discharged from plasma in a low vacuum, is called reactive ion etching.
In a plasma comprised of a mix of charged ions and neutral radicals, two etching actions are carried out, isotropic etching by radicals and anisotropic etching by ions. 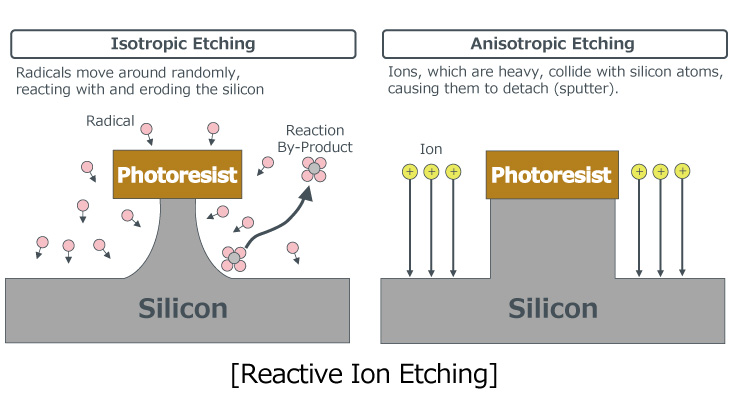 The most common silicon deep etching technology utilizes the Bosch process which combines the advantages of anisotropic and isotropic etching. 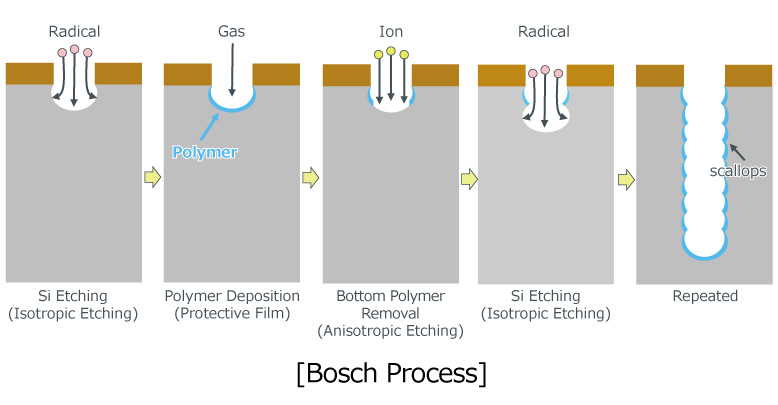 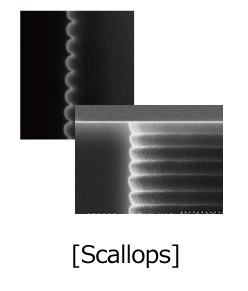 Repeating the process of Si Etching ⇒ Polymer Deposition ⇒ Bottom Polymer Removal makes it possible to achieve nearly vertical deep etching
The irregularities on the side walls are called ‘scallops’, since they resemble the scallop shells. 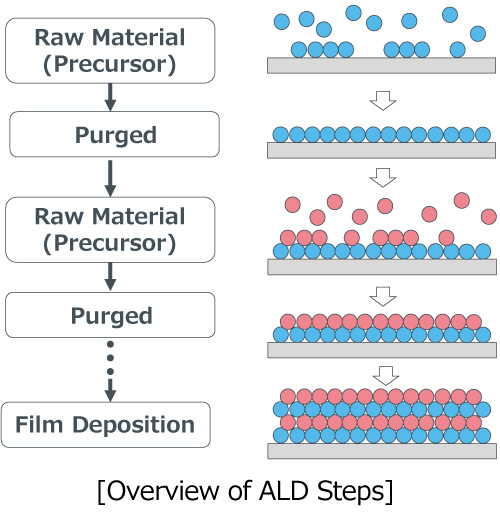 ALD, short for Atomic Layer Deposition, is a thin-film deposition method in which chemicals called precursors are sequentially inserted and purged to build up atomic layers through surface reaction with the substrate.
This method makes it possible to form thin films with nano-thickness control even on the side wall of a small hole or the bottom of a deep hole (provided there is a gap through which the film formation materials can pass), allowing a uniform film to be deposited through MEMS processing, such as protection film deposition after deep etching.

The next page contains a brief summary of MEMS-related terminology.