A Photointerrupter is a transmission-type photosensor, which typically consists of a light emitting elements and light receiving elements aligned facing each other in a single package, that works by detecting light blockage when a target object comes between both elements, acting as an optical switch.

Reflector-type photosensors (Photoreflectors) are configured by positioning light receiving and emitting elements on the same surface.

They detect the presence and position of objects based on the reflected light from the target object.

Current flows to the LED, causing it to light up. This light enters the phototransistor, resulting in current flow.

Object detection is enabled by detecting the change in transistor current due to the presence/absence of a screen. 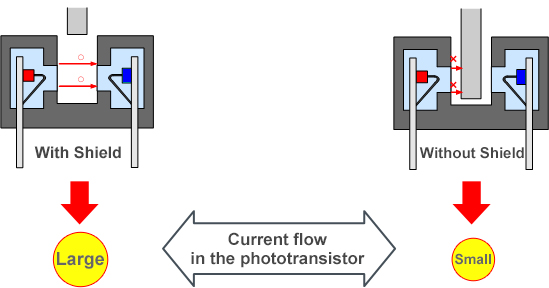 Usage Example: Detecting Voltage Change at the Phototransistor Side 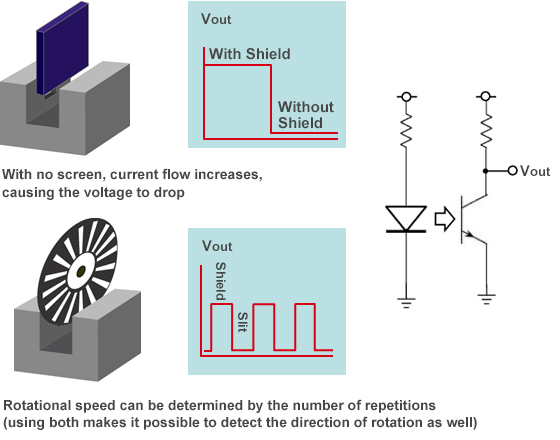