Formula Student: Back to Racing with new concepts

The formula student team called “Team Starcraft” of the Ilmenau Technical University applied ingenious strategies during challenging times. Read how they coped and how ROHM Semiconductor Europe has supported them. About an unusual year and the slow way back to normality:

​​​“We had to close our workshop and just worked from home as best we could,” Felix Wiegand recounts. He's not talking about a company that, like many others, had to find innovative ways during the COVID-19 pandemic times. He speaks about Team Starcraft, the Formula Student team at Ilmenau Technical University. The team’s activities also suffered because of Corona. 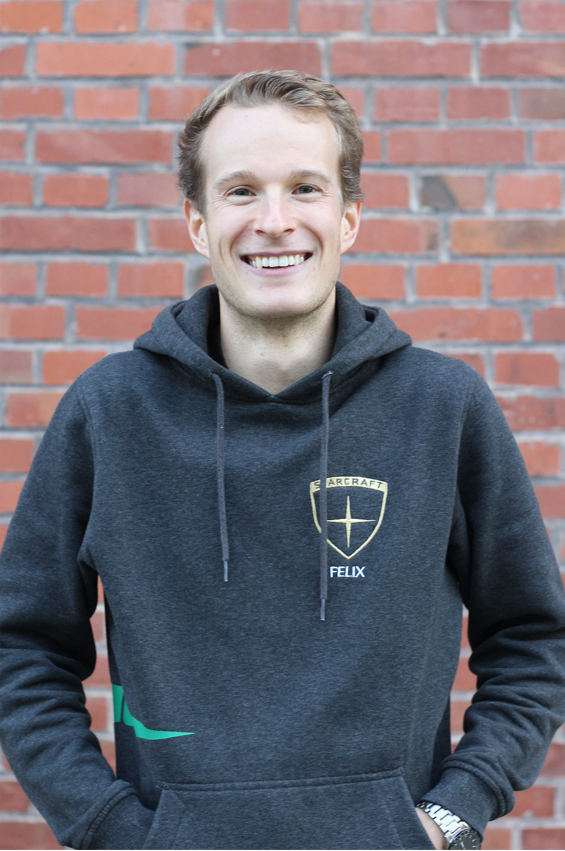 Wiegand has been studying business engineering for mechanical engineering since 2016 at the Ilmenau Technical University, located near Erfurt in the eastern part of Germany. He has been a member of Team Starcraft since the beginning of his studies.

Roundly 40 students, studying mechanical engineering, automotive engineering, electric engineering, computer science and even applied media and communication studies, work together as a team to build a new car over the course of a year. By joining forces, the team members have the opportunity to combine their theoretical and practical skills.

In one point in particular, Team Starcraft differs from most other teams in Formula Student: The team develops its inverters itself – unlike most other teams that buy a suitable inverter from the respective engine manufacturer. ​​​​But this purchased solution would have taken too much space inside the car. Hence, the team members decided early on to develop their own solution – equipped with ROHM’s silicon carbide (SiC) MOSFETs.

During normal seasons, a new formula student car is planned, designed, finished and ready for the racing events in just eight months. But 2020 was different. The team’s workshops had to be closed, all racing events were cancelled. After the pandemic had subsided somewhat, two people were again able to work on the car practically inside the workshop. But given this limited number of people, Team Starcraft had to revise its concept. 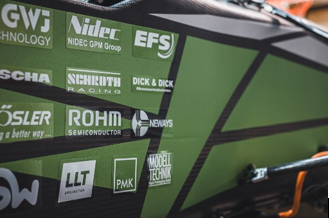 ​​Team Starcraft decided to go for a completely new development. Instead of developing a completely new car, the team took last year's car and limited itself to some more extensive modifications. This primarily involved the redesigned carbon monocoque, where the team had identified some potential for improvement in the previous season. The aerodynamic elements were also redeveloped. The chassis, on the other hand, remained largely unchanged, as did the entire electrical system. Only the packaging was adapted to improve accessibility for maintenance work. All in all, it was possible to manage all work for the new car for the 2021 season with the few people who were allowed in the workshop.

To ensure that its development succeeds even in such difficult times, Team Starcraft needs reliable partners. Since 2018, ROHM Semiconductor has been one of them. The students can use the latest generation of SiC-MOSFETs, the corresponding gate drivers and other products of ROHM’s portfolio for the inverter as well as for other electrical systems.

To this day, the team to be to count on ROHM’s support with regards to the right components for the inverter. For a racing car, high-quality and reliable components are crucial. “It was important to us that we get decent and reliable components,” explains Felix Wiegand. Today, 48 SiC MOSFETs SCT3030KLGC11 and the corresponding single-channel gate drivers BM6104FV-C are implemented in the car. Team Starcraft also receives tips on the design-in of the components and help with technical problems via ROHM's technical support. Felix Wiegand is delighted: “Honestly, we are super satisfied. So far, we haven't had any difficulties.”

In “normal” years, Formula Student competitions take place throughout the summer in different European countries. One country starts and is gradually followed by the other competitions, where the various university teams compete against each other. In 2020, the entire season was cancelled due to Covid-19.

In 2021, fortunately, races were held again. Team Starcraft participated in four events. “Although on a smaller scale, it's a bit like we used to know it,” says Felix Wiegand happily. Even if the 2021 events of course took place under significantly restricted conditions. The most obvious difference compared to previous years was that the static disciplines – such as “Engineering Design”, “Cost & Manufacturing”, “Business Plan” – took place online – before the actual event. In the Netherlands, the Czech Republic and Germany, the dynamic disciplines then took place with a reduced number of participants. 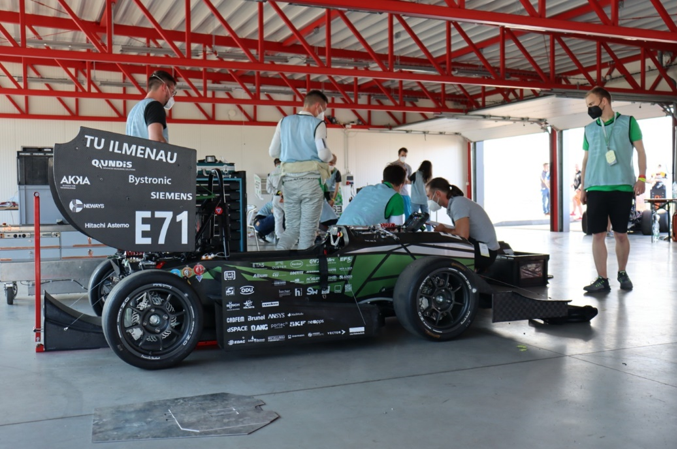 ​​​​Luckily, 2021 at least, went close to normal again – just in time: This year, Team Starcraft is celebrating its 15th anniversary. In 2006, a group of students from the Ilmenau Technical University came together for the first time to participate in Formula Student. Since then, the team constructed twelve formula race cars and successfully participated in various Formula Students competitions against teams from all over the globe.

Team Starcraft is also very satisfied with most of the results in 2021: In the Netherlands, the students reached 18th place, in the Czech Republic 11th place, in Switzerland 6th place in the category “Cost Report” and 7th place in the “Business Plan” category.

Advantages for both sides

Overall, all Formula Student teams rely on partnerships such as the one between Team Starcraft and ROHM. The partner companies donate electrical and mechanical components, provide machines for manufacturing, or simply support the teams financially.

At the same time, the partnerships are advantageous for the sponsoring companies. For example, they bring themselves into play as potential future employers. Accordingly, they also offer the individual students of the team internships in the company, such as ROHM. This is because the companies recognize that the students in the Formula Student teams also have advantages over their fellow students: Working on the race car, “the students get the opportunity to apply their theoretical knowledge in practice,” explains Felix Wiegand. This is particularly advantageous when entering professional life later.

Therefore, it is clear that the companies generously support the students. In this regard, Team Starcraft not only benefits from ROHM's products, but also from the know-how of the technical support of ROHM’s technical departments. In addition, the team was also allowed to present itself at ROHM's trade show booths, for example at ROHM’s virtual booth during the PCIM 2021 fair. ROHM also offers team members the opportunity to complete internships or similar.

Unlike companies struggling with a shortage of qualified professionals, a group such as Team Starcraft normally doesn’t have any issues with recruiting young talents. A technology driven university such as the Ilmenau Technical University is full of students who are highly interested in technology. But here, too, the pandemic has caused gaps: because the team is obviously held together by personal meetings.

It was not particularly difficult to find new people in Corona times. But since the workshop remained closed and meetings could only take place virtually, the socializing aspect was missing and thus also the possibility to teach the newcomers something. Thus, it was difficult to keep the newcomers in the long run.

But hopefully everything will go better in the next winter semester. In any case, the recruitment of new members will be in full swing.

And the development of the new car will also begin then. The concept is to be developed in early fall. What is certain is that there will be some changes to the chassis, the powertrain, and the packaging of the electrics. “There's always room for optimization, of course”, laughs Felix Wiegand. “Let’s see what’s coming.”

Most importantly, things are moving back towards normality – with fully staffed workshops and racing events without restrictions. Therefore, Team Starcraft and ROHM can prove again what is feasible with regards to e-mobility on the race track.