ICSCRM 2019 attracted the most participants in history, signaling a changing tide towards full-scale adoption of SiC 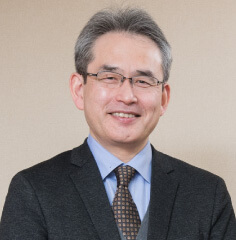 ICSCRM 2019 (International Conference on Silicon Carbide and Related Materials) was held at the Kyoto International Conference Center from September 29 to October 4, 2019. Held every 2 years and colloquially referred to as 'Ice Cream' in the semiconductor industry, this year's event attracted around 1200 participants, twice as many as the previous year. 60% came from overseas, with participation from business persons and students pushing attendance to an all-time high.

In addition, 26 sponsors supported the event, with the number of exhibition displays taking up 101 booths - much more than initially prepared and the highest amount ever. It appears that interest in SiC is accelerating not only regarding technological development, but also from a business aspect as well. 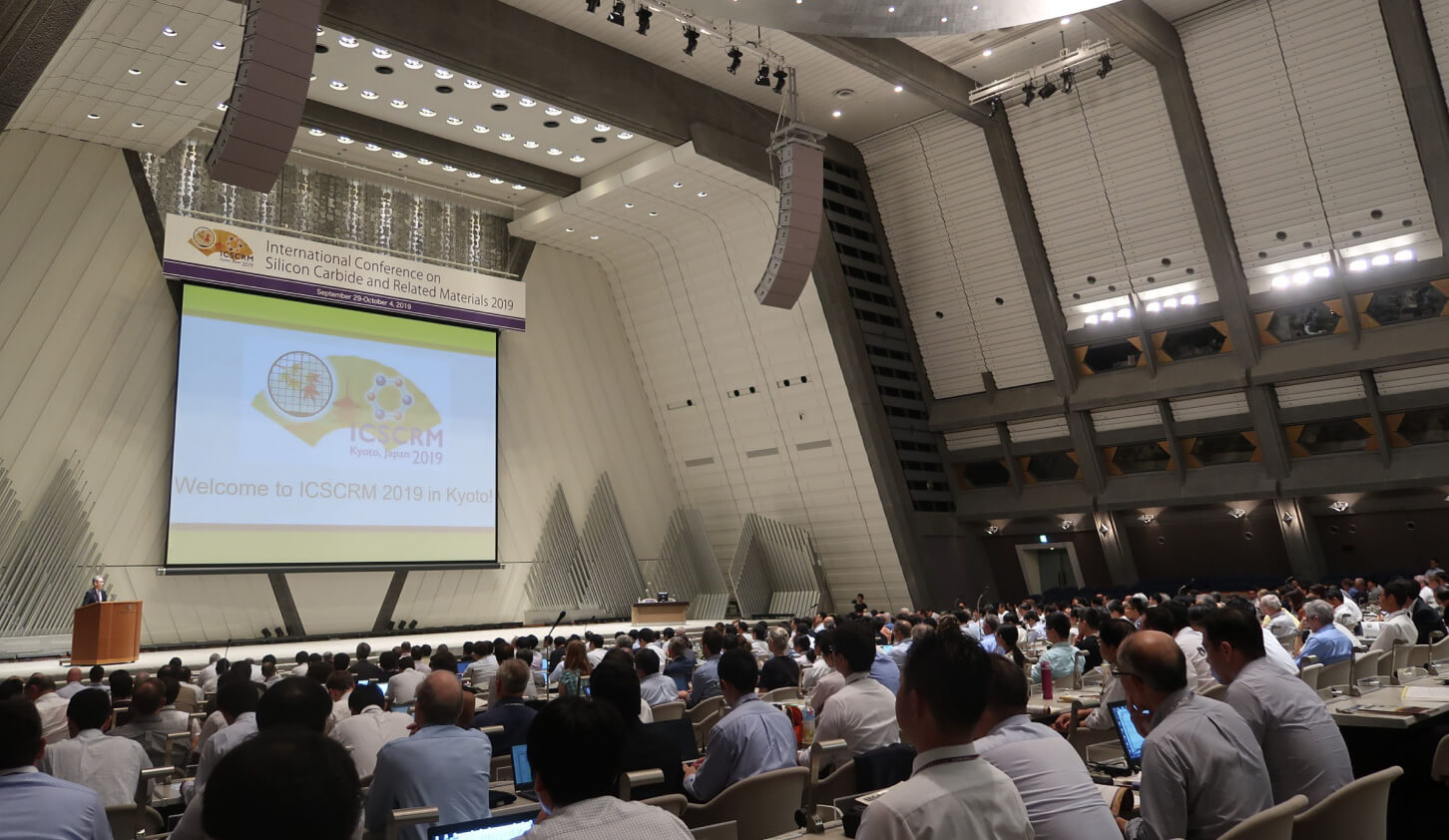 "Figure 1. (Left) ICSCRM 2019 was the most attended event in its history, (Right) Breakdown of the approximately 1,200 participants by region
Source: (Left) Photograph by ROHM, (Right) Professor Tsunenobu Kimoto of Kyoto University"

ROHM supported ICSCRM 2019 as a Diamond Sponsor. In addition to giving presentations on the latest development results in the technical sessions, ROHM exhibited products and solutions on the trade show floor. What’s more, a special conference was held on the evening of October 1st, with over 300 participants in attendance. There, Kazuhide Ino, Executive Officer and General Manager of the Power Device Production Division, introduced ROHM’s latest initiatives, while Professor Emeritus Hiroyuki Matsunami of Kyoto University, who has been leading the way in SiC technologies since the very beginning, was invited to present the status of his ongoing research along with the recent trends in SiC power devices.

Increasing momentum to adopt SiC in the automotive industry

Industry expectations for SiC are surprisingly high. Even now, it seems that many companies who did not treat SiC as a commercial material or develop application devices are looking for a point of contact in order to get in on business opportunities. Professor Tsunenobu Kimoto of Kyoto University, who served as chairman of the organizing committee for ICSCRM 2019, cited the diverse array of participants as evidence that the business of SiC was in full swing. It seems that many of the attendees came not only from companies currently developing SiC devices, but from ones that handle manufacturing equipment and wafers as well - along with device users.

In fact, there is a greater impetus to utilize SiC in the automotive industry, especially among European and American manufacturers.

In July 2018, US-based Tesla was the first to integrate SiC MOSFETs in the main inverter of its Model 3 series. This sent shock waves not only in the automotive sector, but with many equipment manufacturers that use power devices as well. What surprised the industry was that, rather than utilizing this expensive component in flagship models, it was adopted in the more economical model that enjoyed average sales of 20,000 units per month. As a result, many stakeholders felt that the door to popularization of SiC applied systems had been opened. Following this, in May 2019 the Volkswagen Group in Germany took measures to stabilize SiC procurement, signaling significant movement around SiC.

The coming era of mass utilization of SiC power devices will bring a positive change to the environments in which they are used. However, no matter how good a device is developed, it does not guarantee that the application market will grow. Nor does it ensure that the range of applications will expand. To achieve market growth and expansion, it is necessary to develop peripheral technologies that can maximize the potential of the devices, train engineers on their implementation, and establish a supply chain that can handle large-scale use. In particular, building a stable supply chain from SiC wafer supply to device manufacturing, which tends to be the bottleneck in production, is a necessary condition for full-scale adoption.

As the automotive industry begins to focus on SiC devices, the ecosystem for growing and expanding the SiC application market is expected to steadily improve. As such, companies and people sensitive to this change were expected to attend, helping to make the number of participants, sponsors, and exhibitors at ICSCRM 2019 the largest ever.

Looking closely at the breakdown of themes covered by the general manuscripts submitted at ICSCRM 2019 reveals the direction for the future technological development of SiC power devices. According to Professor Kimoto, ‘At ICSCRM 2019 the number of papers on device structures was much smaller than expected.’ Typically, the number of papers with this theme is exceedingly high, so the outcome this year can be considered a trend. This situation can be attributed to the fact that the structure of SiC-based MOSFETs has solidified, shifting the focus of R&D to another area. And as the SiC device business has gained considerable traction, announcements regarding the detailed device structure from each manufacturer have been severely scaled back.

Professor Kimoto reported that the optimum configuration of SiC MOSFETs is the trench MOS (UMOS), in which the gate electrode that controls device operation is formed using a groove (Fig. 2). In the past, UMOSFETs were known to deliver better performance than conventional DMOSFET structures, while miniaturization provides additional benefits in terms of improved performance and lower cost. However, there is a problem that the oxide film, which plays one of the most important parts in device operation, is easily damaged at high voltages, making it difficult to put into practical use.

ROHM invented a breakthrough double trench structure that solves this issue. In June 2015 ROHM began mass production ahead of the industry, proving that the ideal structure could successfully be produced (Fig. 3). James A. Cooper of Sonrisa Research, who gave the keynote speech at ICSCRM 2019, remarked, ‘Future R&D on device structures will focus on shortening the gate length and increasing the gate width in a trench structure.’ This and the fact that the SiC MOSFET device structure fits into a trench configuration suggest that improvements will continue to evolve in the future. 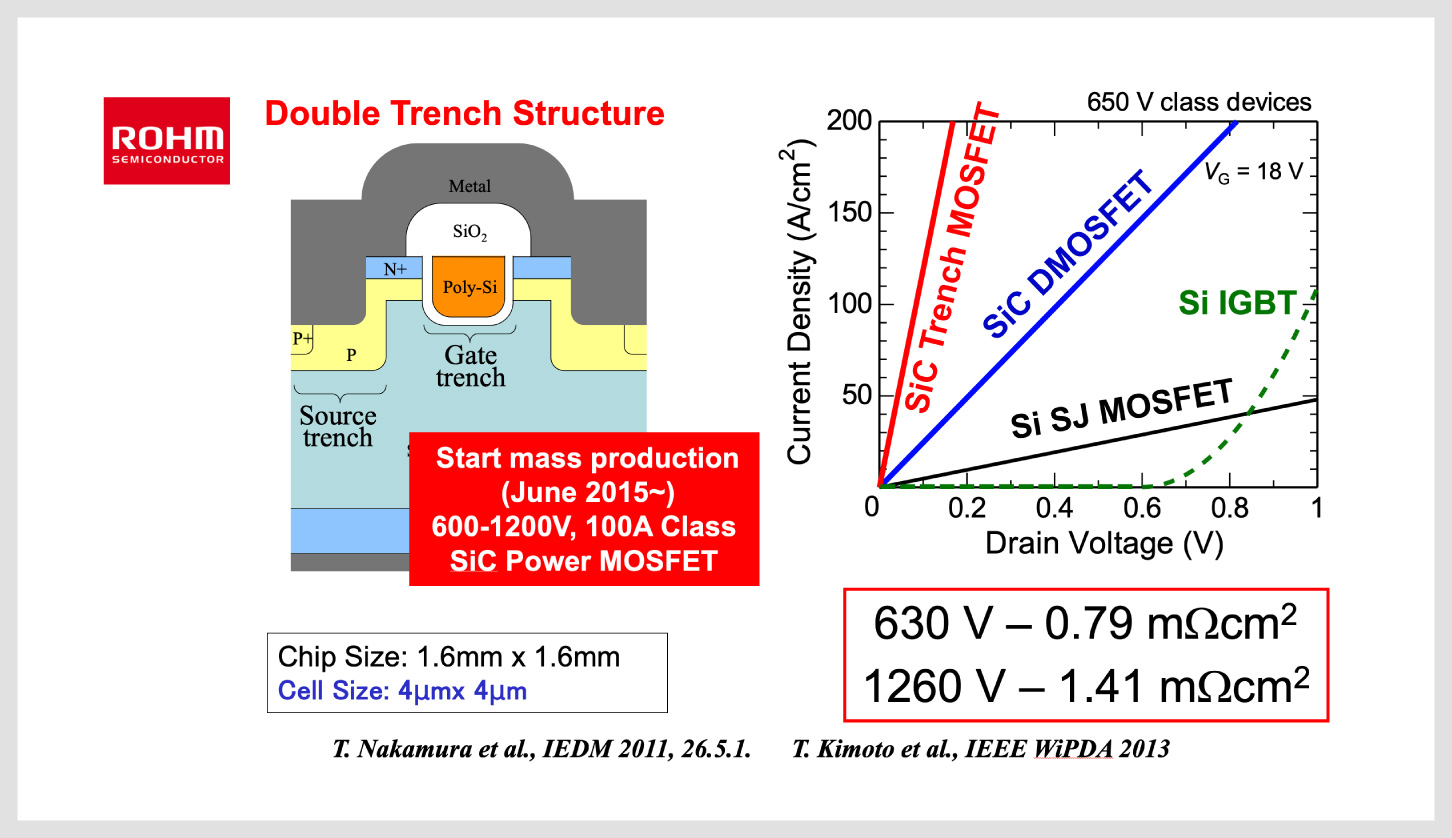 Conversely, the number of papers submitted at ICSCRM 2019 on themes related to the interface between the oxide film (SiO2) and SiC in the gate electrode block has increased dramatically compared to device structures. According to Professor Kimoto, ‘about a quarter of the total amount was on the subject of interfaces.’ ‘The expanding application range of SiC is driving down costs,’ says Professor Kimoto.

At the moment, SiC MOSFETs that provide comparable performance to Si IGBTs are 2-3 times more expensive. One factor that has a significant impact on device cost is wafer price. However, since SiC wafers do not use rare materials, technological advancements should be able to reduce costs. In fact, costs are steadily decreasing.

At ICSCRM 2019 Denso and the Central Research Institute of Electric Power Industry made a joint announcement on high-speed crystal growth technology. They were able to achieve crystal growth 10x faster than the existing sublimation method, paving the way towards further cost reductions. And even larger diameters were developed. The current production mainstream are 150mm wafers. But during R&D several manufacturers have announced the creation of 200mm wafers. For example, US-based Wolfspeed exhibited a prototype 200mm wafer at ICSCRM 2019.

Improving the quality of the MOSFET interface mentioned above is another way to lower device cost. Reducing ON resistance by decreasing channel resistance will make it possible to deliver the same performance on a smaller chip. The result is a greater number of chips per wafer, allowing lower costs to be achieved. Also, the higher the interface quality the higher the device reliability, leading to improved production yield which reduces costs even further.

The time may finally have come for the SiC business to take flight. In the future, a foundation for mass production and large-scale utilization in the automotive industry will be established, tasked with contributing to solving social issues while also expanding the industrial equipment market. And just as Si technology has deepened and the application scope expanded - virtually without limits - SiC is a technology with ample room to grow. At ICSCRM 2019 the growing number of research presentations gives us a glimpse of where future technology development is headed.

For example, Kyoto University has announced the development of a fundamental technology that can lead to the practical application of CMOS using SiC. This technology has the potential to make logic chips that leverage the characteristics of SiC, enabling operation even in high temperature (300°C) high radiation environments. If achieved, all power devices and control circuits will be made with SiC, and a ‘mechanically integrated’ system could be built into the motor. Although the development of integrated SiC-based technology has not yet been started, considerable future growth is expected. Looking at the breakdown by country and region of all 361 papers presented at ICSCRM 2019, we can see that more than one-third were submitted from Japan. Combining Japan’s strengths in SiC will allow us to open up a world of possibilities.