Willich-Münchheide/Nuremberg, May 8th 2012 - During the opening ceremony of PCIM Europe 2012 Conference the "Best Paper Award " was awarded to ROHM Co., Ltd. Japan.

For the Conference Directors originality, topicality and quality were the determining criteria when selecting from more than 230 high quality contributions. The award was presented by the Scientific Advisory Board Chairman, Prof. Leo Lorenz of ECPE, Germany.

The award, including an invitation to the PCIM Asia 2013 Conference in Shanghai, went to ROHM Co., Ltd. Japan for the paper: "Ultra low Ron SiC Trench devices".

ROHM presented the paper for the first time at the PCIM Europe 2012 Conference. The paper is also published in the conference proceedings.

This paper presents next generation Silicon Carbide (SiC) planar MOSFETs, trench structure Schottky diodes, and trench MOSFETs.
Firstly, some companies have already begun mass production of SiC planar MOSFETs for the sake of lower switching losses in high voltage applications such as converters and inverters. However, on-resistance increases when current flows into the parasitic body diodes of these mass-produced MOSFETs. This is because the parasitic PN body diodes, with the base plane dislocation, induce expansion of stacking faults in 4H-SiC epilayers and degrade the on-resistance of both the body diodes and MOSFETs. This is an obstacle for application in circuits which require current penetration from source to drain such as converters and inverters at the mass production level. However, our developed SiC planar MOSFETs have suppressed the degradation of parasitic PN junction diodes even if forward current penetrates into the PN junction diodes. Secondly, SiC Schottky diodes are attractive devices to reduce switching losses in high voltage applications. The reduction of conductive losses is also required to improve efficiency. However, SiC Schottky diodes have higher forward voltage drop when compared to silicon PN junction diodes. The reason is that SiC Schottky diodes need high barrier heights to block leakage current because SiC has a breakdown strength 10 times greater than that of silicon. SiC Schottky diodes, with newly developed trench structures, successfully showed lower forward voltage than conventional SiC diodes while keeping leakage current at an acceptable level.
Thirdly, SiC trench MOSFETs can have lower conductive losses when compared with planar MOSFETs because planar MOSFETs have JFET regions which increase the on-resistance. However, the trench MOSFETs had issues regarding oxide breakdown at the trench bottom during high drain-source voltage application. Developed SiC MOSFETs with a double-trench structure have improved reliability of the device while maintaining ultra low on-resistance due to the fact that the new structure effectively reduced the highest electric field at the bottom of the gate trench, preventing gate oxide breakdown. 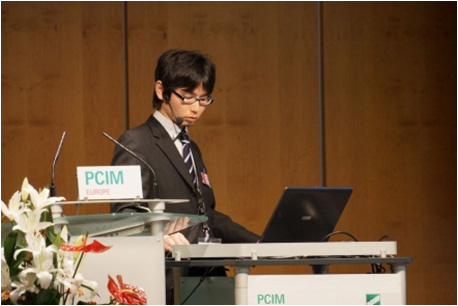 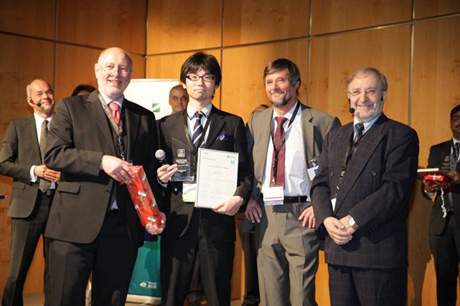