“It´s beginning to look a lot like Christmas…” – In the area around the ROHM headquarters in Kyoto more than 860.000 led lights illuminate a park in the lead up to Christmas Day. This atmospheric lightshow takes place for the 19th time this year and will make many eyes shine with joy again. The ROHM Illuminations are the largest and best-known in Japan’s ancient former capital, and have grown steadily more spectacular over the years.

In 2017 the theme for the displays and special events is “Lighting Circus”. But although the themes change from year to year, the overarching goal is always the same: to light up the city and warm the hearts of residents and visitors, who travel to Kyoto from afar. 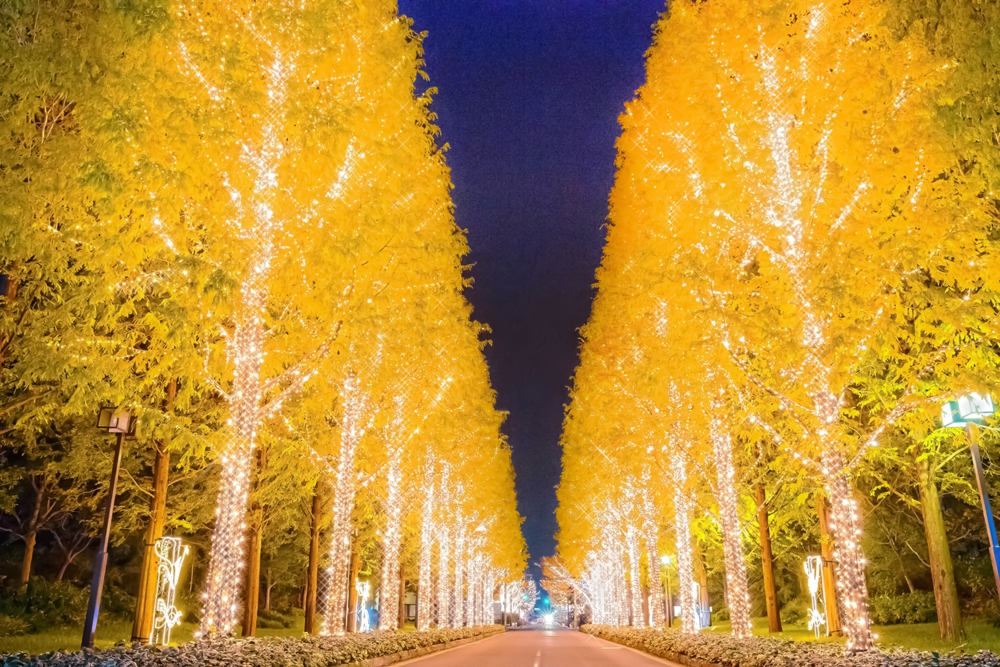 The ROHM illuminations are one of the company’s CSR activities.

“It is our company’s clear approach to support the environment and community, while meeting the expectations of our stakeholders. With this activity we do not only show what is possible with energy efficient led lights but also decorate our beautiful hometown for the festive season” said Yuka Nakata, CSR Division General Manager at ROHM’s headquarters. Highlights of the ROHM Illuminations

First, the gateway into the illuminations is marked by two, circular-shaped 10-meter-high yamamomo or Japanese bayberry trees, which are located at either side of the intersection of Gojo-dori and Sai-dori streets in Kyoto. The two trees, known as the symbols of the illuminations, are lit up with white LED lights that give off a variety of colors, including blue, purple and pink. As Japanese bayberry trees are said to represent a feeling of wholeheartedness and love for only one person, the illuminations aim to reflect these emotions. The next attraction is the “Promenade of Light” on Sai-dori, consisting of 20 Metasequoia, with hundreds of thousands of LED lights. The lights on the street change their colors to represent the autumn-to-winter shift in the shades of leaves, for which Kyoto is famous.

At the plaza next to Nagura Park, the “Ensemble of Lights” illumination includes a 13.5m high and 9m wide giant LED display and LED balls spread out across the grass. Both the display and light from the LED balls change in time with music, which is played as part of the light show. The harmony of light and sound creates a truly magical experience for visitors of all ages. 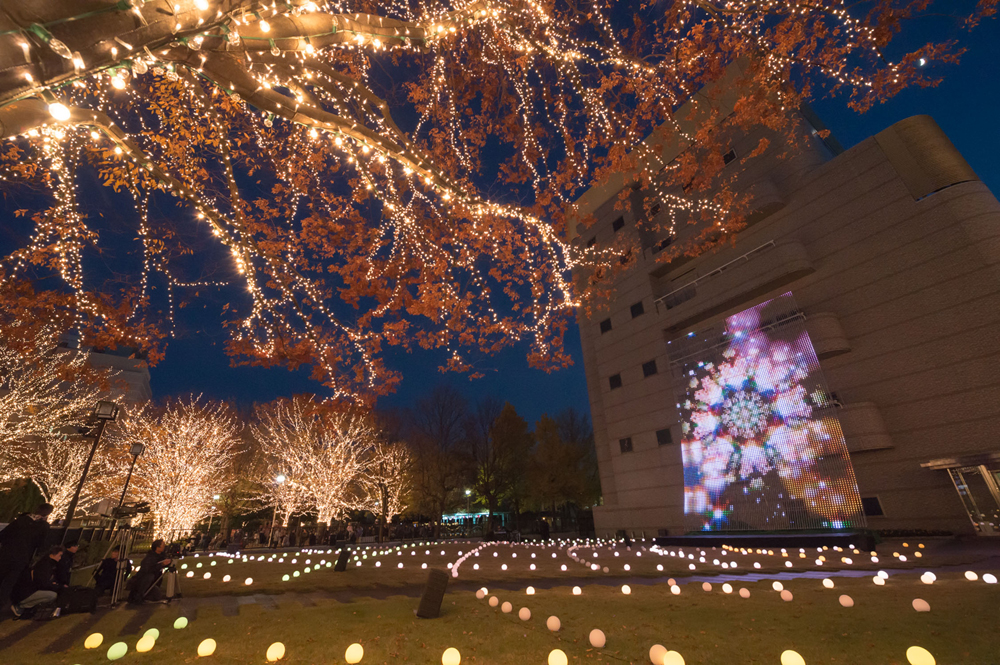 On the evenings of Saturday, Sunday and national holidays, everyone attending the illuminations will be taken through a “door” to a fantasy world of circus performers in a show in Nagura Park. 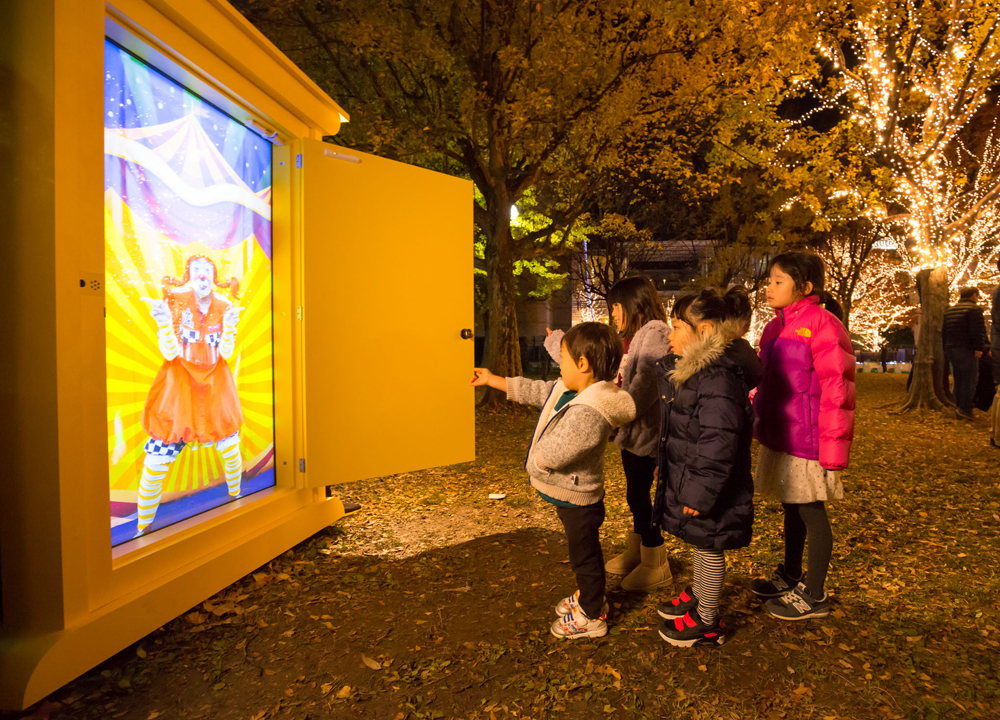 The plaza also features the return of the “University Students’ Acapella Concert” after its acclaimed debut last year. Some 40 teams drawn from acapella groups at 13 universities in the Kansai region will perform eight concerts a day. Images on an LED display react to the voices of the performers in what is the biggest acapella event in the Kansai area. 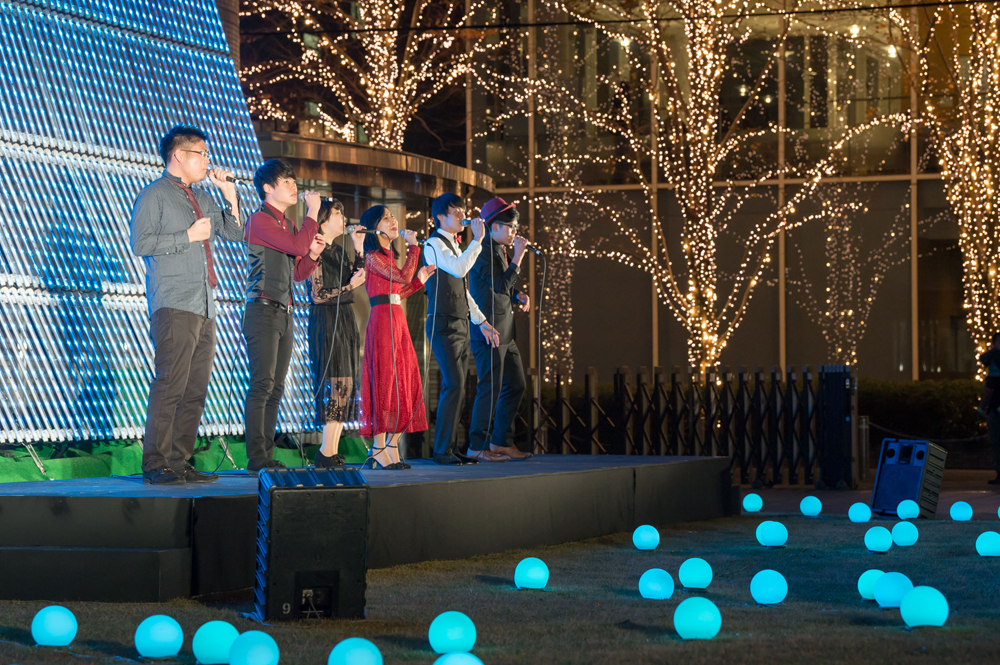 ROHMs illuminations are environmentally friendly. For example, the LED lights make full use of overdub technology, enabling the illuminations to be lit up using less energy. In addition, ROHM uses green energy, which is electricity generated from biomass.