ROHM has recently announced the addition of the BP3599 model with integrated flash memory to its lineup of popular, market-proven wireless LAN modules which are designed to be easily incorporated into electronic products such as mobile printers and A/Cs to enable wireless communication with smartphones.

Besides the ability to store wireless LAN firmware, this new module is IEEE802.11b/g/n compatible and can process TCP/IP protocol stacks. A chip antenna is also built in, which complies with all applicable radio standards in Japan and US, making it possible to immediately add wireless LAN functionality by simply adding onto existing sets. 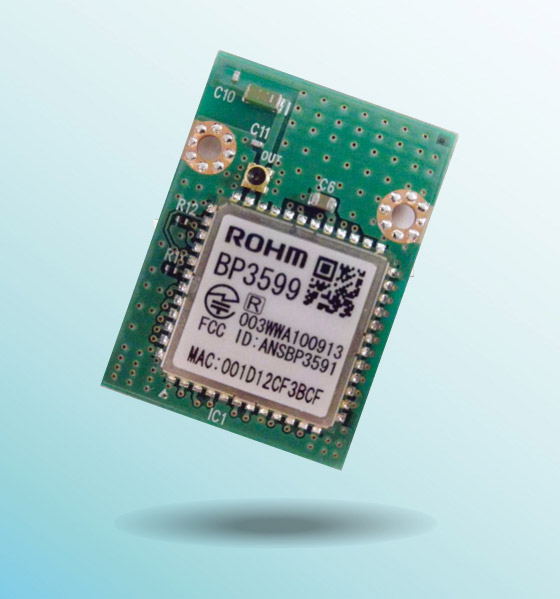 In recent years, with the increasing proliferation of home networks a greater number of devices, including smartphones and home appliances, are integrating wireless LAN functionality. However, this often requires wireless LAN standards processing, antenna design, radio law certification, and other issues that can drive up costs and the time required significantly. In addition, various support services are needed, such bulk purchasing, that can be a major cause of concern for customers wanting to introduce wireless functionality in their sets. In response, in 2012 ROHM released the BP3591 module that integrates all functions required for wireless LAN. Available in single units, its easy-to-use design was well received and adopted by hundreds of customers. However, a growing number of users were also requesting a module with built-in flash memory.

As a result, ROHM developed the BP3599 that incorporates flash memory for storing firmware, including the TCP/IP protocol stack. This new all-in-one wireless LAN module reduces customer development and manufacturing load significantly, and integrates a number of added features that improve basic functionality, such as IEEE802.11b/g/n/I compliance, a chip antenna, and radio law certification. In addition, the pin layout is identical to the BP3591, making replacement easy. 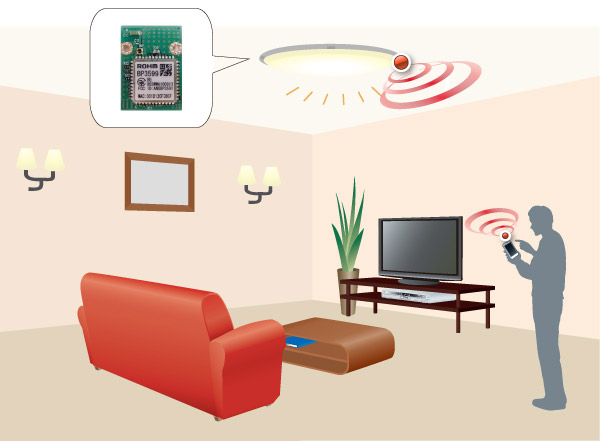