ROHM Co has recently announced the development of a digital signal processing IC designed to improve audio quality in devices such as smartphones and car navigation systems through cardioid directivity based on beam-formation technology using two omnidirectional microphones.

The BU8332KV-M clarifies the specific direction of sound through beam-formation technology using two omnidirectional microphones. And although technology for forming directivity using two microphones already exists, until now it has been necessary to increase the distance between the microphones in order to increase directivity, making the technology unsuitable for use in compact portable devices. There were also other issues, such as delays due to digital signal processing and drops in sound quality.

In recent years, advances in voice recognition technology have led to increased adoption of voice input systems in portable applications, such as navigation devices and smartphones, and is expected to drive expansion in the home appliance sector. In addition, video calls and teleconferencing are on the rise due to business globalization, resulting in a greater demand for better sound collection technology. However, in these cases improved clarification of the target sound is required. Conventional microphones provide directivity based on their physical structure (cylindrical), but this can become problematic since the size of the microphone must be increased to sharpen directivity and, furthermore, directivity cannot be controlled without physical changes.

In response, ROHM has succeeded in significantly reducing ambient noise by adopting directivity control technology from DiMAGIC Corporation. Unwanted sounds are eliminated by establishing directivity through beam-formation technology and by situating the directional axis towards the target sound. A noise suppression function is included to reduce residual stationary noise along the directional axis for greater clarity. This differs from noise-cancellation-only methods by further enhancing the target sound. The result is significantly improved attenuation, by 30dB or more, compared with conventional microphones. In addition, two omnidirectional microphones can be mounted just 10mm apart, enabling support for compact portable devices, and optimized processing decreases delay time to less than 10ms during beam formation, minimizing the effects on other applications. Also, both the directivity shape and sharpness can be switched to suit virtually any need. 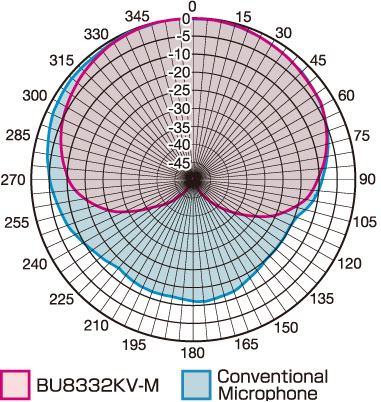 *The graph above is a visual representation (polar pattern) of directivity. The numbers around the circle signify the direction from the center, while the lines indicate the gain in each direction. In this case the direction of the target sound is at 0°. 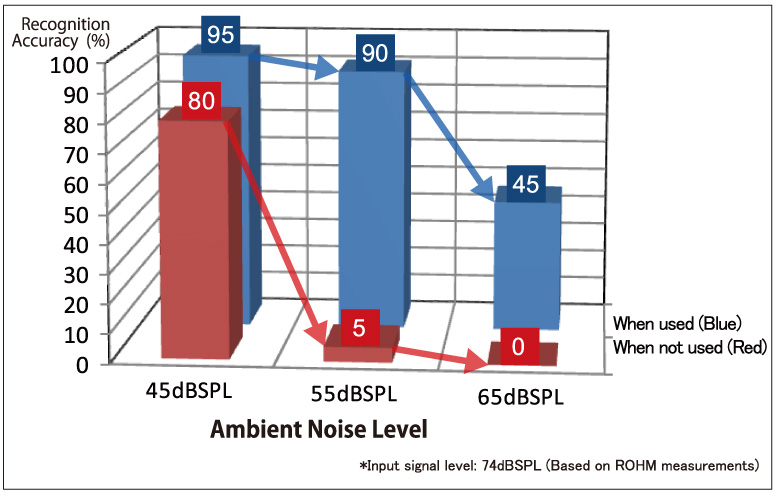 Without the BU8332KV-M, voice recognition accuracy drops precipitously at a noise level of 55dBSPL. However, when used an accuracy of 45% is achieved even at 65dBSPL.

The directivity pattern can be switched from among 4 different types. It is also possible to adjust the directivity sharpness and reverse directivity by 180°. These controls can be performed via register settings without having to change the position of the microphone 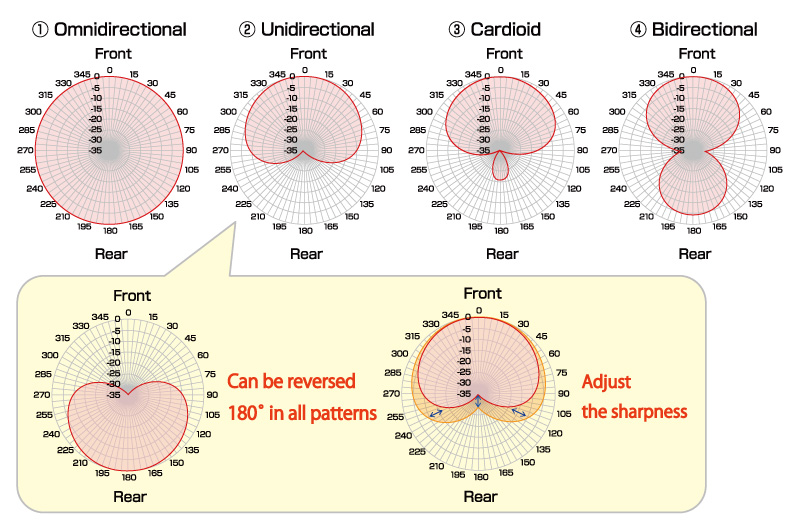 Technology that uses the phase differences of multiple microphones to minimize sounds coming from directions other than the target direction. Ambient noise is reduced, improving the clarity of the target sound.