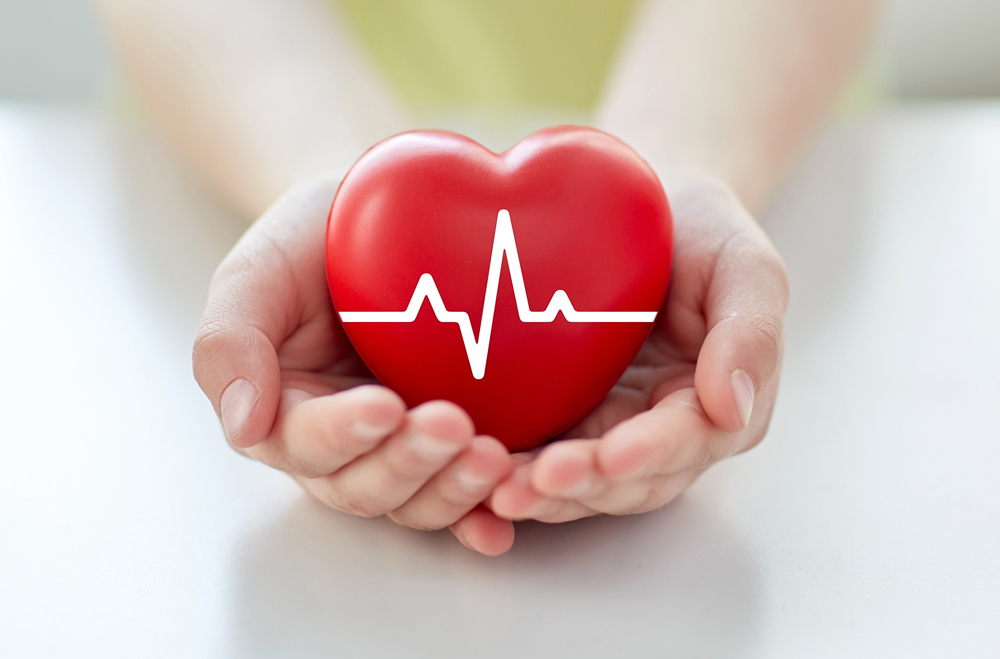 It's almost spring! And you know what that means: With more sun and a lovely set of flowers blooming in our cities, we are bound to feel a skip in our beat – and maybe even set eyes on a special someone. Go out for a cup of coffee in the sun, maybe even hold hands, you blush and your heart rate goes up – but does your spring love feel the same? Maybe it’s time to monitor it.

Optical heart rate monitors measure the heart rate using semiconductor-based optical sensing technology, which typically involves transmitting light from an LED and detecting the reflected light using a light receiving block such as a photodiode or phototransistor. Since the hemoglobin in arterial blood has distinctive absorption characteristics, it is possible to detect changes in hemoglobin amount and determine the heart rate by sensing the amount of light over time.

Monitor your heart with low power

Wearable devices are inherently limited by size and weight to ensure portability. You don’t want to come to your valentine’s date with a suitcase, do you? But that means that it’s very difficult to increase battery capacity. This makes low power operation an extremely important consideration.

In conventional sensors, both the LED driver block and the analog front end (AFE) consume a considerable amount of current. ROHM Semiconductor developed its BH1790GLC optical heart rate sensor especially for low current consumption, so it could easily be integrated in wearable devices. The receiver block of the sensor has an increased sensitivity to reduce LED drive current consumption by enabling detection of heart rate signals even at low LED brightness levels. Additionally, the sensor integrates the AFE block directly into the chip itself, reducing current consumption further.

There are several specific methods for increasing the sensitivity of the light receiving block. With conventional technology, current generated by the photodiode is converted into voltage using a transimpedance amp circuit (TIA) comprised of an amplifier and resistor. However, since the current generated when the light hits the photodiode is very small, it is necessary to increase the resistance in order to improve sensitivity, giving rise to amplifier noise and thermal noise from the resistance.

The BH1790GLC, on the other hand, utilizes a charge integrator amp to achieve high sensitivity. The charge integrator amp converts current into voltage by charging a capacitor from photodiode current for a certain period of time, reducing noise by smoothing it during the charging period. This enables low-noise light detection and increases the sensitivity of the light receiving block. As a result, light can be sufficiently detected even with a smaller light receiving element, making it easy to configure a photodiode and AFE on a single chip. The BH1790GLC hast 85 % less current consumption compared to conventional solutions.

Also works on dates in the sunshine

Because wearables are often used outdoors (say, a walk in the park with your loved one), a light sensor is needed to remove ambient light noise such as IR rays that are easily transmitted through the body. Photodiodes using common Si substrates feature a sensitivity in the vicinity of the IR spectrum (850nm), making it susceptible to external light noise. The BH1790GLC, however, integrates a photodiode with a peak wavelength in the green band of 530nm. Furthermore, the BH1790GLC incorporates two optical filters – a color resist and multilayer filter – on a Si substrate to remove red and IR light components, respectively, allowing only green wavelengths to pass through.

The pulse wave signal can vary greatly depending on the measurement location due to the differences in blood vessel density. The pulse signal is relatively large at a fingertip or earlobe but tends to be small at the wrist where smart bands and other monitors are worn. Also, since the wrist might move significantly during your date (depending on how much you talk with your hands), the influence of body movement is quite large. For these reasons, it is difficult to continuously calculate the heart rate from pulse waves measured at the wrist.

Wave all you want

Since body noise is created from changes in blood flow and positional deviation caused by body movement, the noise component can be correlated with the signal from an accelerometer. Taking advantage of this phenomenon allowed ROHM to create an algorithm that extracts the body movement noise component using the accelerometer and remove noise included in the heart rate signal. Figure 2 shows the comparison of the heart rate transition measured with BH1790GLC and an electrode-type heart rate monitor during treadmill exercise. As you can see, the demo equipped with ROHM’s algorithm follows the electrode-type heart rate monitor. Most devices today just show the measured heart rate. But applications that measure stress by analyzing pulse fluctuations and blood pressure information obtained by performing waveform analysis are currently being developed. Integrating these functions in wearables is expected to make it possible to detect signs of illness at an early stage based on daily changes in the body through regular monitoring. At present, ROHM is also working on the development of a heart rate sensor that supports measurement of biological (vital) information.

And who knows, in some years, lovers might sit opposite their valentine’s date and check on their smartwatch if he/she is the one. But until then you have to rely on your instincts and your feelings to keep your heart as safe as possible. So put your smartphone away and enjoy the candles and the romantic music!